Let's be frank; buying a printer is not a fun purchase. Never in the history of humankind has someone been excited to buy a printer, let alone a replacement printer. It's completely normal to feel this way. We like to make our purchases last and really get our money's worth out of them.

But what about that old printer on your shelf that's chugging along after all these years? Yes, it sure doesn't have all those bells and whistles, but that's expected as long as it's able to print.

You may be asking yourself, 'why do I need to upgrade, my printer works just fine' as it struggles to start-up and chugs along to print three pages.

It may be hard to break free from that old printer you have lying around in the house. Those bulky machines might be clogging up critical space in your home office. We understand that you may have paid a pretty penny for this printer in 2008, but a lot has changed in printing technology since then. That old machine may have given you some of the best years of printing in your life, but sometimes you're in desperate need of an upgrade, and you don't even know it.

There are some warning signs that your printer is on its last legs. But what are the sure-fire signs to know when your printer has had enough?

This one is a lot easier to spot than the rest. Slow printing used to be the norm; actually, it was probably considered fast printing for the time the actual printer was released. Printing technology has advanced so much that it leaves these older models in the dust. While it may not be a deal-breaker for those who minimally print, when you have about 100 pages that need to be printed at a last-minute notice, your printer's performance really shows.

In 2008, the average printer could produce a borderless photo in an average of 48 seconds. Fast forward to now, where the top of the line photo printers such as the Canon PIXMA TS9120 could easily do the same in around 17 seconds. That's more than half the time of printing being reduced.

Even if you are printing black and white text documents, the speed of your printer has really changed. Around 2010, the average printer was only capable of printing around 8 ppm (pages per minute) compared to some of the most sophisticated printers today, like the HP LaserJet Enterprise M553n, being able to print around 40 ppm. These are massive leaps in printing speed, which can print two to three times faster than your old printer. 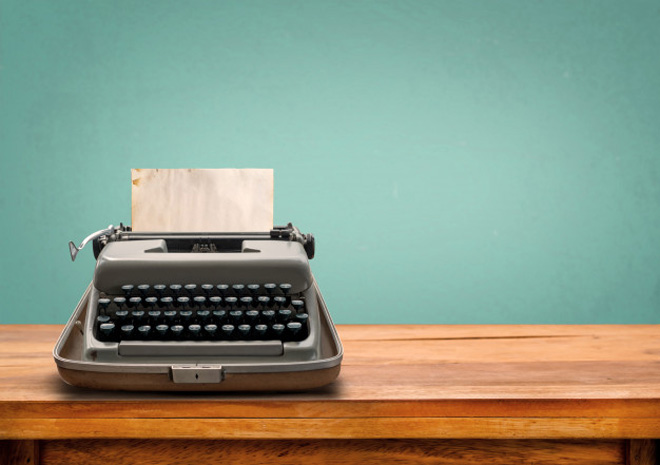 2- Your Printer is Literally Stuck in the Past

All jokes aside, if your printer cannot update from the internet, it's probably a good idea to replace it. Without firmware updates, your printer is essentially stuck in a state of limbo, especially if there were internal bugs associated with your printer when it launched. 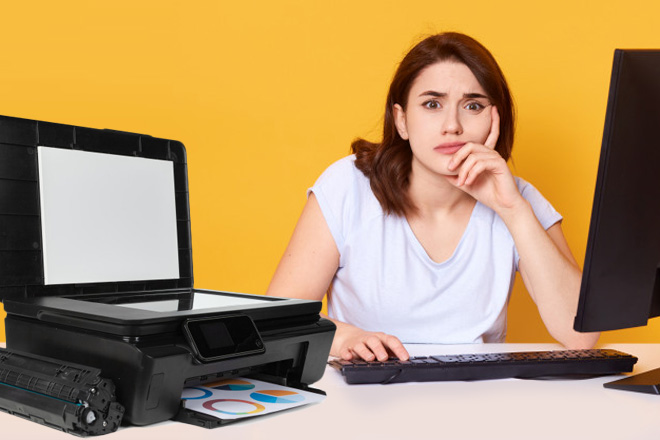 3- Ink Cartridges are Hard to Come By

This one seems to be the biggest reason why people choose to upgrade their printers. Unfortunately, as it is, some older printer models do not see any sort of support after a certain amount of time has passed. Eventually, their original manufacturers stop producing the ink cartridges for the older printer models.

However, there is a workaround to this. Although some ink cartridges may be discontinued by their manufacturer, there are recycled ink cartridges being produced, which function exactly the same. These are called remanufactured or compatible cartridges.

For example, products such as HP 96 ink and it's tri-colored counterpart HP 97 cartridges have both been discontinued by their original manufacturer. Those stuck with an older printer that uses those HP 96 and HP 97 inkcartridges can no longer print, and are forced to buy a new printer.

This is where soscartouches.ca steps in. We support tons of discontinued printers with recycled ink cartridges that are fully compatible and 100% guaranteed to work with your printer. Our remanufactured and compatible ink cartridges are affordably priced while still maintaining that same high-quality that you're used to from original manufacturers. With a huge surplus of remanufactured HP ink cartridges, along with over dozens of other brands, we're sure to have exactly what you're looking for at prices that offer tremendous savings. 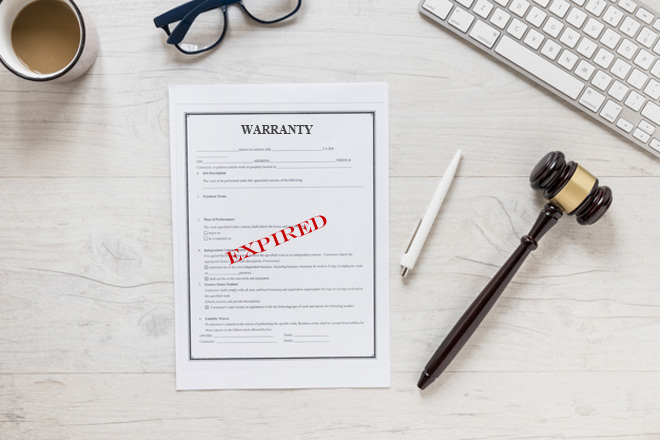 You either purchased a warranty when you bought the printer, received a limited 90-day warranty for free, or just don't have a warranty at all. Chances are, as of reading this, your printer warranty is most likely expired or never existed in the first place.

Printer warranties can typically range anywhere from one to even three-years depending on your manufacturer. If your printer is out of warranty, there's a decent chance that getting it repaired is going to cost a pretty penny. As we mentioned before, about discontinued ink cartridges, certain printer parts have also been discontinued.

Some replacement parts are so niche nowadays that you may end up paying a premium for the sole fact that it is out of circulation. Keep in mind that sometimes fixing a printer can cost just as much as purchasing a brand-new one. But don't be afraid to upgrade; now more than ever, printers are at the most affordable price they've ever been. 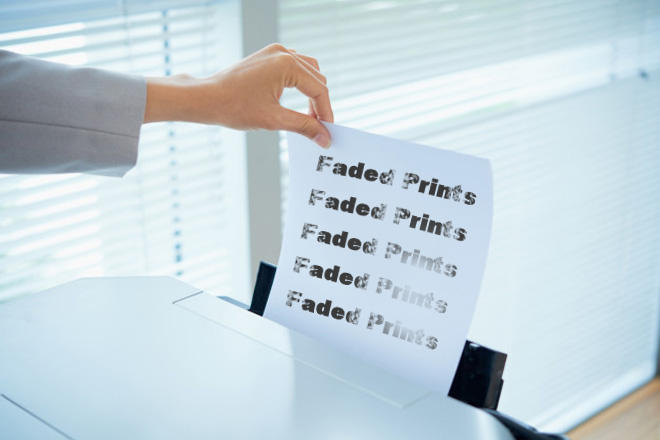 Faded text, print streaks, and missing pages can all be attributed to a failing printer. If you're noticing sporadic dips in quality while printing, it could be the fault of the device itself. If you are still running into problems after running all the diagnosis and cleaning your printheads, it's safe to say that your printer needs to be replaced.

Print quality is a prominent issue in older printers, whether it be noticeable quality drops due to a failing printer, or just considerate advancements that render older print quality inferior. Even if your printer is not failing, you will be able to notice lower resolution, especially when printing images or photos.

As we mentioned before, the advancement in technology within printers has made an astounding leap within the past decade alone. We're able to produce crystal clear photos from our printers with 4800 x 1200 dpi (Dots Per Inch) compared to older models that only maxed out around 150 x 150 dpi. The resolution that these newer printers produce can even rival photo kiosks.

Lower dpi makes your photos look pixelated and blurry. Even if you are not printing photos, the text printed from older printers can be immediately noticed. Have you ever read an old book and notice how some of the letters have imperfections on serifs? Minor smudging and discoloration to the typography are attributed to older printers not being able to print these smaller features of letters. 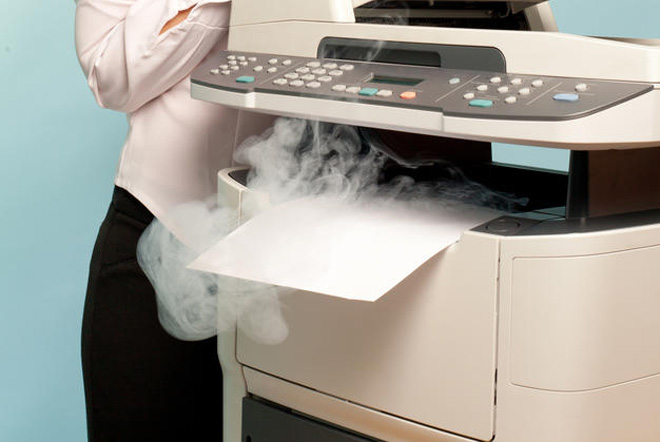 Think about this one long and hard. Realistically, how many pages do you print every month?

A printer's duty cycle is the exact number of pages a printer can print per month before breaking down. This number is really just an estimate that is used to justify wear and tear on your printer. By excessively printing within short spans of time, you are wearing down the essential internal parts of your printer.

There is no industry standard for a printer's duty cycle, as they typically vary and have drastic differences between printer manufacturers and models. A general rule, more expensive printers tend to have a higher duty cycle compared to cheaper ones.

Let's take the HP DeskJet 2622, for example, which is relatively affordable and is often found on sale for around $49.99. This particular HP DeskJet model has a monthly duty cycle of 1,000 pages. By exceeding 1,000 pages, you're potentially running the risk of damaging your printer, as it is not designed to handle that intensive of a performance.

Keep in mind that the monthly duty cycle is usually a generous estimate of how many pages you can print. There are also Recommended Monthly Volumes, which are more accurate and realistic but are not provided by all manufacturers. The Recommended Monthly Volume for an HP 2622 is 50 to 100 pages per month. It's a stark contrast to the previous 1,000-page monthly duty cycle that is often boasted on the printer box.

By no means are we telling you to throw away your functional printer just because you got your mileage out of it. Just like a well-built car with 150,000 miles on the odometer, there comes a point in a product's life where it starts to deteriorate and stop working the way it used to. 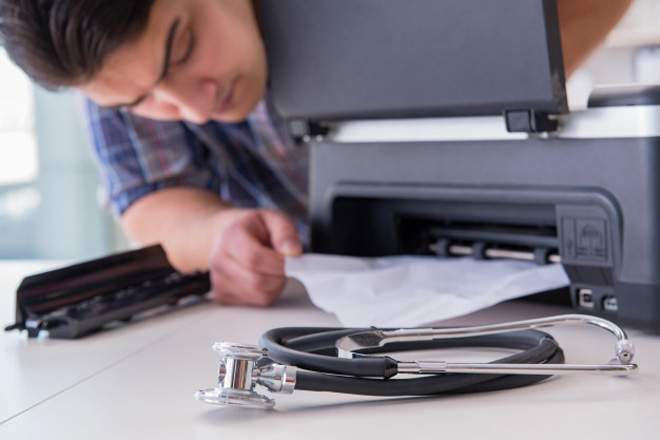 7- Certain Printers Aren't Made to Last

Nothing is meant to last forever, and the manufacturers of your favorite products know this as well. Products have a designated period of usage before they start to break down. The designated period is often referred to as "life cycles," and the longevity of your product is often dictated by how well the product is built.

You often hear the common phrase, "they don't make them like they used to." Why do you think your early 2000's "brick phone" collecting dust in your drawer still works, while your two-year-old smartphone does not?

Unfortunately, this type of manufacturing is affecting most products in our modern-day industry. Year after year, we see the same product being shelled out with minor upgrades in hopes that consumers will ditch their old product for the new one.

The printer industry is no different; we often see slews of upgraded models with minor improvements that hit the store shelves every year. But where can you draw the line?

The honest truth is that cheap printers usually won't last you very long. That enticing $69.99 price point is used to reel you in for a year or two before the printer starts to break down. You're not getting a fantastic deal, you're actually getting ripped off for paying less in the long run.

You're receiving a product produced with cut corners and cheap material. You're getting exactly what you paid for. Sure, there can be some great deals found on reliable and well-made printers. But you should do your research and decide what printer best fits your needs and budget before ultimately choosing the cheapest one online.