There are arguably few superstore chains out there that have the reach and demand of Walmart. With over 4,756 stores across the U.S., the presence of this giant is hard to ignore. With such a dominant reign over the market, they succeed in selling everything from produce to electronics. If Walmart were a country, it would be the 28th largest economy in the world.

With over $524 billion dollars in revenue over the fiscal year of 2019, it's hard to understate their presence in the U.S market.

Their massive success and growth is almost an anomaly, as other brick and mortar stores have seen a steady decrease in sales on specialized products such as office supplies with the rise of e-commerce marketplaces. But let's talk about something hyper-specific, printer ink. There are so many retailers out there that sell ink cartridges, but somehow Walmart tends to beat them out price-wise almost every time. It begs the question, are Walmart printer cartridges really the cheapest out there?

It's common knowledge that Walmart likes to boast of its cheap prices across the board on everything from food, electronics, and even printer ink. Dubbed by Walmart as "rollback prices," these sporadic sales often cut the price of items significantly from their MSRP.

But why can Walmart produce these cheap ink prices while others can't? It comes down to their sheer size, as they can purchase large quantities of goods for lower prices. These massive bulk purchases cut the manufacturing price down, which in turn, results in lower prices being reaped by the consumers.

To explain in detail why Walmart prices are so low across the board, just know that the economics of supply chain management plays a large role in this. Coupled with their hyper-effective supply chain management routines, they are able to manage every aspect of logistics, transport, and inbound supplies. This, in turn, keeps prices lower and moves those savings on to consumers.

Minimizing operational costs is a key strategy in Walmart's agenda. Automation plays a large role in keeping costs down as well. Self-checkout options have replaced many cashiers and baggers. Hourly wages that would be going to workers are now saved as profit to be redistributed back into the corporation to keep the price of items consistently low across the board. 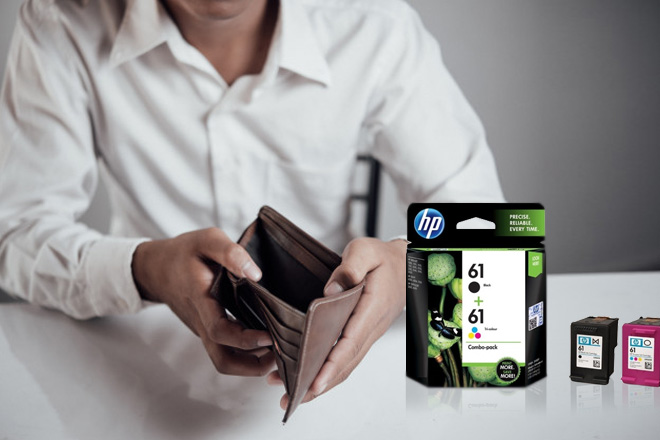 How Cheap Is Walmart Ink?

We all know Walmart is cheap, but really how cheap is Walmart printer ink? Some surprising facts don't deserve to be downplayed during this discussion. What Walmart charges consumers actually ends up being priced less than what the manufacturers charge on their own websites.

Despite these previous claims, "cheap" wouldn't be the ideal word to describe these ink cartridge prices. A more accurate portrayal of Walmart's prices would be to call them slightly cheaper than retail. But cheap pricing is subjective and relies on lots of external variables such as MSRP, profit margin, sustainability, and consumer demand.

Walmart prices tend to shave off anywhere from dollars to mere cents off of retail products. Depending on what you purchase, you could either experience massive or minuscule savings. In regards to printer cartridges, Walmart's prices only shave off a few cents compared to the distributor's price.

Are There Cheaper Ink Alternatives?

The answer that a lot of these retailers don't want you to know is, yes, there are so many other cheaper alternatives than buying from the store. While they do have some of the cheapest prices for OEM cartridges on the market, there are third-party alternatives that cost a lot less and have the same quality.

Let's take a look at one of the most popular printer inks on the market right now - HP 63 ink cartridges. The price range differs from every outlet, but let's specifically take a look at the HP 63XL Tri-Color cartridges. 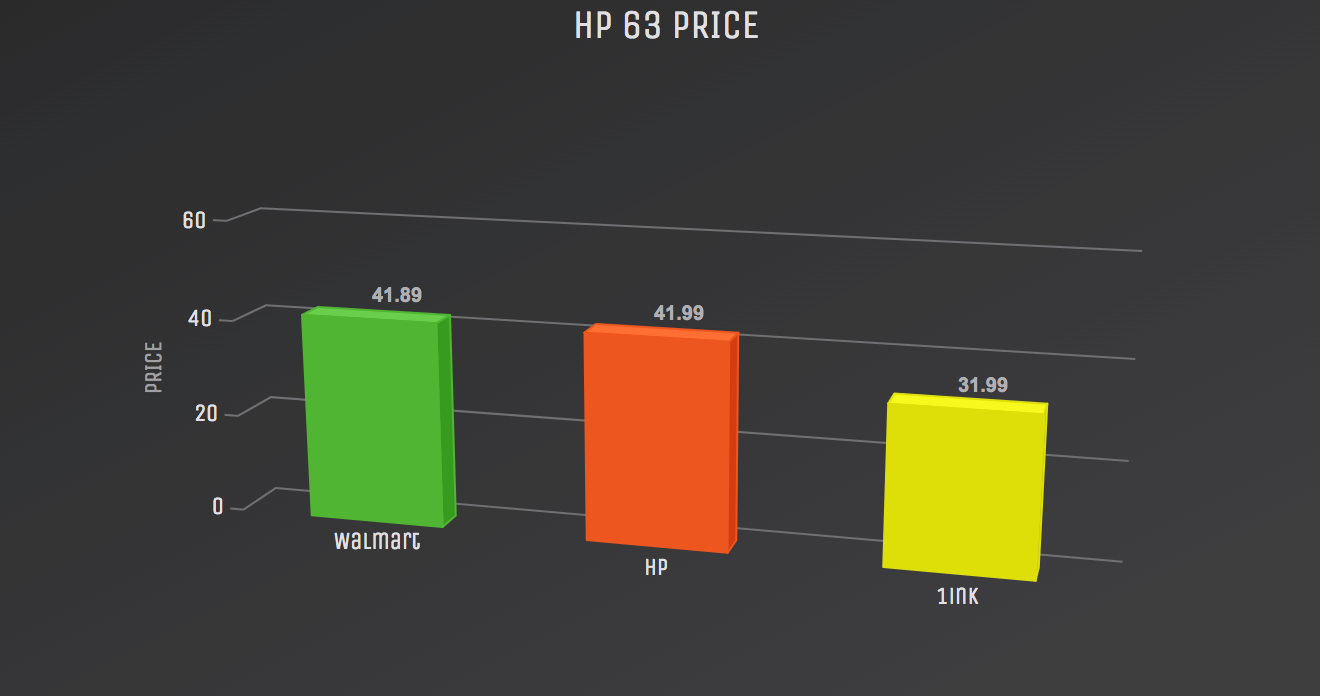 Walmart's HP 61 ink cartridges are around 11 cents lower than the HP suggested retail price. It's a great purchase, but saving a dime really isn't something to write home about. If you're looking to purchase ink cartridges in bulk, the savings might add up, but they will not be anything substantial.

If you're in immediate need of cheap ink cartridges, Walmart is a great place to pick them up physically. Just don't expect massive savings, don't take it the wrong way as you are saving money, but is saving literal cents really a significant value for you? There are other aspects such as convenience and urgency that play a role in shopping at Walmart.

If the price is the main factor in your decision, remanufactured and compatible cartridges reign supreme, 1ink.com has tons of discount ink and toner cartridges from popular brands such as HP, Lexmark, Canon, Brother, and so many more. If you're in search of massive savings on high-quality printer supplies at affordable prices, you've found the right website. Save even more on your HP ink